You can only talk freely to your friends and family, and both parties must agree to be ‘friends’. You can’t see anyone that’s not your friend unless they’ve been slack with their security settings. This may suit you if you’re secretive, but when you use Twitter as a conversation tool and a research tool you soon see the failings of a closed of Facebook. Twitter is the king of social media search. (Ask me for help if you’re not sure how to find people or conversations you’re looking for.)
Reasons Why Twitter Is Better Than Facebook

Twitter is simple, which makes it fast and responsive. By limiting characters and content, Twitter gets to the point – and fast! This is key to its mobile use and indeed the best thing about Twitter. It’s live, responsive and stuff gets done – fast!

On a smartphone on Twitter you can mention other people and businesses in your tweets. On Facebook it’s not so easy. It’s always been difficult to mention a business even if you already like them. And aside from writing on their wall there’s no sure fire way to contact them.

On Facebook your reach is very limited. If you have 253 friends then they’re pretty much the only people who will see your post if they’re online at that time. Yes they can share it, but it’s not as common practice on Facebook.

On Twitter though you can have a very limited number of followers and still reach a large audience. A simple retweet from someone with a lot more followers can really make a difference. On Twitter it’s far more common and more natural to share, and chat to the sharer too.

On Facebook you update your status with a status. On Twitter you share ‘Keywords’ in your updates.  Twitter is the conversational search engine. Words on Twitter are searched by millions of users and when you’re talking about a subject the chances are so is someone else. The search on Twitter rocks and the advanced search is awesome! Try finding a live conversation on Facebook!

6. Tweet people you need to know, not already know

On Facebook you connect with people you’ve already met. That’s nice, but then the connection is already there, isn’t it? On Twitter you meet new people all the time. Sometimes they can help you and your business. You meet them in person after. Often you don’t know what you’re looking for and Twitter has a habit of throwing up all sorts of wonderful surprises!

On Twitter, hashtags means your conversations can link up easily with others and in a second you’re thrown into huge conversation pools with 1000’s of interested and engaged users. On Facebook, although hashtags do work, few people use them. Facebook has a slower pace and it’s hard to generate fast-paced conversations.

On Twitter you get to craft your timeline into whatever you want it to be. Follow great accounts. Create lists to filter out all the dross, and you have the perfect timeline. On Facebook though, you get your family and school friend’s gloomy updates and moans, pet photos and newborn babies all over the place. Yes, you can unfollow them, but I’d love a better way to personalise my timeline.

9. Twitter’s a cocktail party with an open invitation

Twitter has always felt like a cocktail party to me. It’s a social media conversation in your phone with an open invitation to network. Facebook just seems like an invite-only bar with only certain people allowed in.

Facebook has become a minefield of clickbait and memes. It used to be cool. It used to offer value. Now it seems like a battlefield of shouty updates and adverts. The ‘click here to find out what happens next’ posts are getting boring! 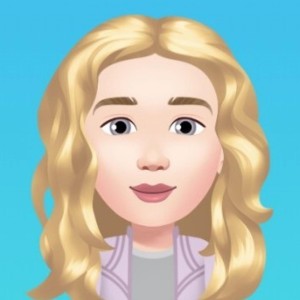