3 most beautiful fish in the world

beautiful fish: Emperor Angelfish are some of the most beautiful fish in the world. As a juvenile it looks very different to the appearance they will have as an adult.

With a black body and light blue/white vertical lines on their face, they have three white curved bands on their body, with thinner light blue curves in between.

As they develop into adults, their coloring and patterning will completely change, so much so that they were thought to be three different species up until 1933.

Adults have yellow and blue stripes which stretch horizontally across their body.

These stunning fish reach lengths of up to 15 inches, however in captivity they usually grow to around 12 inches.

These spectacular looking fish are the most beautiful in the ocean.

It is native to the Pacific Ocean and lives in sheltered lagoons and inshore reefs. It is covered in tiny spikes which inject toxic mucus into anything or anyone who tries to handle them.

The Mandarinfish is one of only two species in the world which can produce its own blue coloring.

Other animals that appear to be blue such as peacocks, don’t actually produce a blue pigment, they have colorless cells which reflect light to make it appear blue

Lionfish are native to the Pacific Ocean and are also known as Dragon Fish, Tiger Fish and Scorpion Fish.

They are actually considered invasive in North America because they don’t have any natural predators and eliminate native species. They reproduce quickly (they release up to 30,000 eggs every 7 days!) and can easily adapt to new environments.

Lionfish are usually anywhere from 2 to 16 inches long and they have the most beautifully striped bodies, arranged in a zebra like pattern.

Their feathery like fins are attractive to smaller fish, and lure them in. Although they might look harmless, they actually have venomous spikes which they use for self-defense.

They have been known to sting humans, and whilst the side effects aren’t nice (vomiting, dizziness and nausea), the venom is not fatal. 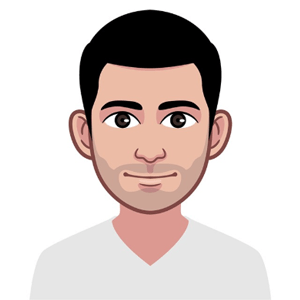